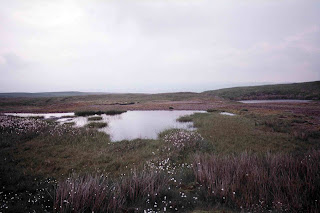 This Section covered the southern half of the Pennines.

I walked it solo in June 2003 (as blogged), following on from the northern Pennines in 2002. Tim had work commitments, and the walking was less interesting than further north.

I took the train to Settle and walked up to the Watershed at Capon Hall - finding the small stone which Tim had placed in the wall at the end of Section 6.

On a biographical note, I had become a grandfather in March - and was thrilled that Rufus would be joining me on this Section ( see later).